From Democrat to Conservative

Conway on Media on Trump Visit to Russia 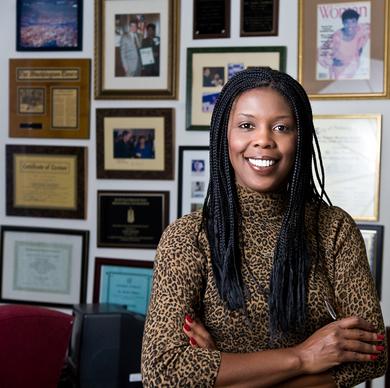 Star Parker is the founder and president of the Center for Urban Renewal and Education (CURE) a Washington D.C. based public policy institute that fights poverty and restores dignity through messages of faith, freedom and personal responsibility.

Star is a nationally syndicated columnist and hosts a weekly television news show, CURE America, that is broadcast on the National Religious Broadcasters Network, the TCT Network and streaming services. Guests include Members of Congress, Administration officials and public opinion leaders in Washington D.C. and around the country for in-depth policy discussions on news of the day.

With first-hand experience in the grip of welfare dependency, a Christian conversion changed Star's life. She started a business in Los Angeles and began her activism. She began consulting with federal and state legislators on market-based strategies to fight poverty including federal Welfare Reform that passed in the mid-90's. She founded CURE in 1995 to bring new ideas to policy discussions on how to transition America's poor from government dependency...Learn more

Focusing On The Community

Our main focus is "Community". Strong communities can alleviate many of the problems we currently see in society. We know strong families produce strong communities, who in-turn demand strong schools which lead to a stronger, better education for our children. Join us!

Why I Left The Left