Why I Left The Left

From Democrat to Conservative 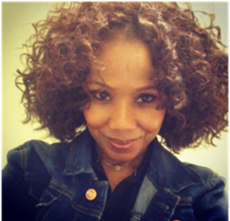 Liberal values are bankrupting us

Discrimination and Disparities with Thomas Sowell

Conway on Media on Trump Visit to Russia

In a country where freedom of expression is valued, one would think that openly expressing political affiliation or endorsing a political candidate wouldn’t cause contention amongst peers.  In recent years, those in the black community who are Republicans or support Republican candidates have been condemned and looked upon as a traders, sell-outs, or Uncle Toms.  In a country that prides itself on individualism and free thinking, hostile acts or verbal abuse towards someone for opposite political views should not be happening in today’s America.  Liberal pundits on 24- hour news’ channels force the groupthink mentality, which is detrimental to the black community. We are being forced into the groupthink mode. Furthermore, that kind of rhetoric and groupthink suppresses democracy, and stifles the right of free thought. Two facts you should always remember, the Republicans freed the slaves, and the KKK was founded by the Democrats. The belief that the African American should remain loyal to the Democratic Party is wrong, misleading, and holds them back psychologically, financially, and socially.

The truth is the black community consists of a wide range of political ideology, and those who think differently should be free, even encouraged, to express those thoughts without consequence or backlash. To adamantly defend and faithfully support any Democratic candidate or the Democratic Party with little or no viable reason is illogical. The Democrats have basically hijacked the black community with false promises, mis-information, propaganda, and give away social programs to keep the black community dependent on the government, thus stifling initiative and achievement.  Democrats have been one of the black community’s biggest hurdles, and have aided in undermining our desire for self-determination, and tried to erode long-standing values and traditions that make up the foundation of our community. The black community, like other communities, is not homogenous. There has always been diversity in political ideology. To many in the black community, the Republican Party is synonymous with racism, and suppression.  Somewhere along the way, the Democratic Party started to undermine our ability to think independently and takes our vote for granted.

Historically, it was the democrats who proved to be our most formidable opponents. During reconstruction, it was the Democrats who stood in our way and made it impossible for us to vote. The idea of a black Republican is not a new or novel idea!  In the early years, after slavery, many black politicians were Republicans.  Eloquent, and brilliant black visionaries like Booker T. Washington and W.E.B. Dubois made positive differences in their strategies to move the black community forward.

President Clinton, who many in the black community view as an ally, signed the 1993 Crime bill, which created the federal three-strikes policy. Clinton’s Crime bill permanently broke up families in the black community because it led to mandatory life sentences.  President Trump, on other hand, supports The First Step Act, which would reduce recidivism, and reunite families sooner.  President Trump had a point when asked us, “What do you have to lose?” The answer to that is, not much.  Looking back at what Kanye West attempted to do during his period of wearing the “Make America Great Again” hat, and visit to the White House, was to make us aware that we have options, and that the Democratic Party is not the only way forward for us. Kanye West had refused to be bullied into the groupthink mode.  Equally important, his wife, Kim Kardashian West, was a key player in getting the First Step Act passed.  Regardless of what you might think of Kanye West and Kim Kardashian West, they both made us re-evaluate our loyalty or inability to be politically flexible.

There is no doubt, the Church is the moral compass in society and has always guided the black community values and hope.  The black community has always been unapologetically Christian.  More and more, however, recently, the shaming of those who believe in God, or vocally express bible principles are often ridiculed and mocked.  In addition, the black community has not prospered as we should, even though we have been virtually putting all our support behind the Democratic Party.  Social service programs have been used as an incentive to get our support.  Marginalization, rampant unemployment, failing schools, and dependency on social services still exist in our community.  It is necessary to overcome the culture of dependency we have allowed ourselves to fall into. Self-sufficiency must be rekindled.  It’s time for a revaluation!  The people who are begging for our vote do not seem to have our best interest in mind or heart.

Another reason we must reconsider our support for the Democrats is their tolerance to allow a constant flow of unskilled, uneducated immigrants to enter the country.  Jobs for many low-wage workers are becoming more unattainable due to technology, globalization, and changing demographics.  The black community is the first to feel the brunt of illegal immigration because they too often find themselves vying for jobs with unskilled, uneducated illegal immigrants. Moreover, entering any country without permission is illegal, so why should we tolerate anyone who shows a blatant disregard for our laws. There is a system in place, and no one should be able to bypass that system. The black community has always been a moral voice, a voice of reason. Somehow the community is being misled that we have a friend in the Democratic Party.

Under NAFTA, hardworking Americans lost manufacturing jobs due to Clinton’s NAFTA bill.  For example, NAFTA, which took tens of thousands of jobs away from the U.S. to Mexico, put many in the black community out of good paying jobs and into a chronic state of joblessness. Most of our communities have not recovered from such mass job loss. Under democratic policies we have seen our community become tragically trapped in generational poverty and a cycle of learned helplessness.  A culture that prides itself on family, morals, and hard work has faded.  There is an elephant in the room that plagues our community.

We have gotten complacent and somehow associate the Republican Party with racism. It would behoove many to evaluate what Democrats have done for us in the last 40 years. The black community is loyal to a fault, and it’s time we re-examine our loyalty to the Democratic Party. The black vote has been taken for granted far too long. The black community is too often painted with a broad brush. Like any other community, we are individuals and free thinkers.

Our votes must be earned. Regardless of which side of the political spectrum one belongs, we need to remember how important our votes really are. The future of our children and our community is counting on how we train them to think now.  We should demonstrate to our children how to think on their own, regardless of political leanings, but more importantly, expect something in return for your vote.  Both parties should address our needs and concerns to get our votes, but at the same time, we as a community should be united enough to take our agenda to both political parties and hold them accountable.

The Democratic Party tends to be a fair-weather friend to the Black community. It only courts us when it wants to win our votes. It is not enough to make promises, show up at a few events, offer a few passionate words to appeal to our emotions, then expect our support.  We get very little or nothing in return for our vote.  Our tacit support of the Democratic Party has not served us well. The black community should re-examine, analyze history, and hold elected politicians accountable! Our pride, integrity, and future depend on making the correct informed political decisions. Too many in our community, blindly vote because of having been indoctrinated by past insincere hollow Democratic policies. A vote is a precious thing and should be cast from a position of knowledge, forethought, and a positive vision of the future. 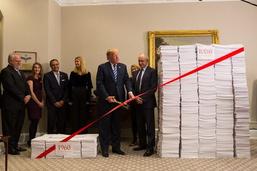 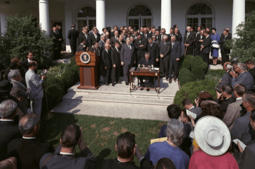 Dr. Donna Briggins currently works as a substance abuse counselor/life coach. She earned her Ph.D. in international affairs and development with a focus on gender and leadership development from Clark Atlanta University. She is an advocate of women’s leadership and empowerment and is currently working on her first book. For speaking engagements or workshops, please contact dbriggins4@gmail.com